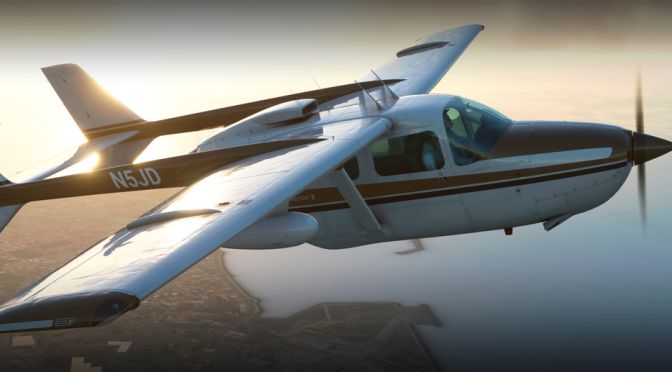 Also known as the “push-pull” twin, this very popular and commercially successful aircraft is an icon in general aviation.

With its peculiar front/rear engines layout, it is commonly used for recon, surveillance, transport, cargo, firefighting activities and military missions.

It was designed in an era when twins accidents were very common, so two engines in the same axis was a novel idea in order to make them more secure.

Its particular silhouette makes it one of the easiest planes to spot all around the world.

Available only at Microsoft Flight Simulator marketplace
(in game market). 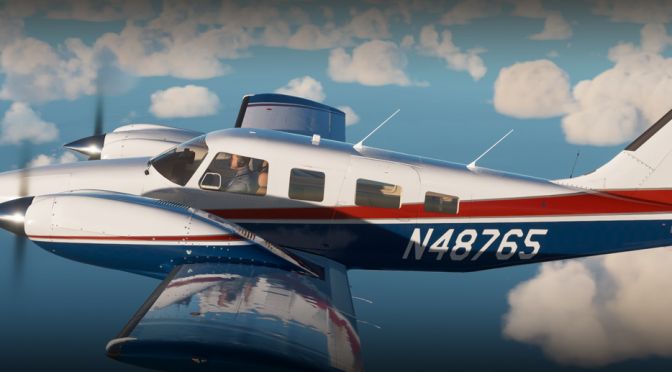 This “little big twin”, with its maximum approved altitude of 25,000 feet, with counter-rotating propellers and turbocharged engines, can transport a pilot and 5 passengers in a very safe and pleasant flight.

With a sleek design this fast, flexible and simple to fly twin is designed for a cross country flight at a very reasonable price and comfort.

Enjoy freedom with this elegant and powerful twin engine aircraft whether for your personal or business purposes.

Available only at Microsoft Flight Simulator marketplace
(in game market) 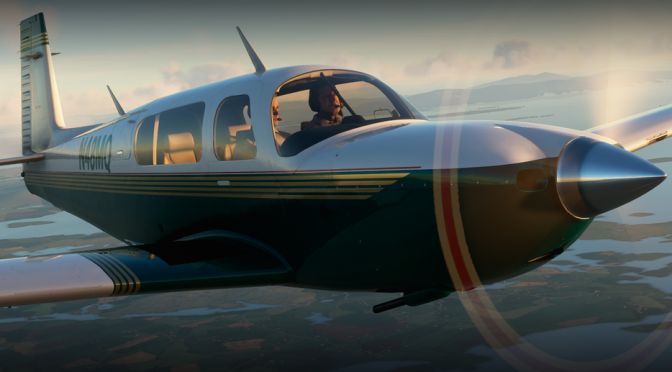 This highly efficient and stable aircraft can take you anywhere very quickly and with style.

Available only at Microsoft Flight Simulator marketplace
(in game market)